Reign is meant for the teenagers out there, but I can't resist watching it.

It's about as far from historically accurate as you can get but you'll still get drawn in.

The acting is good, the costumes are gorgeous (even though as mentioned, they are completely inaccurate for the times), and Megan Follows plays the Queen of France!  How can you not watch something with Anne of Green Gables in it?!?!

The main character is Mary, Queen of Scots (Adelaide Kane). 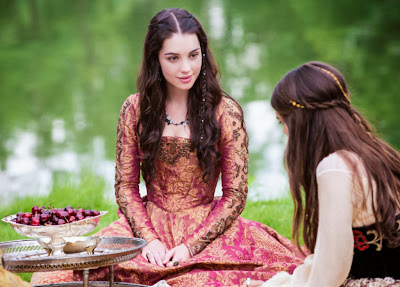 She is joined by her four BFF's who act as her ladies in waiting while hanging out in France, waiting to marry her betrothed and avoid getting killed. 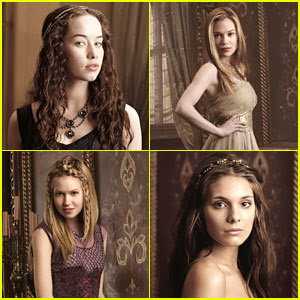 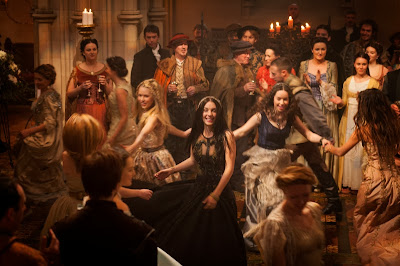 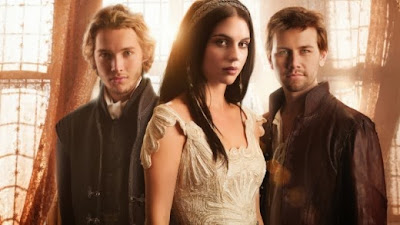 And Anne of Green Gables, er, I mean Megan Follows, as Queen Catherine.

I'm watching it on MM3 here in Canada but I think it actually plays on the CW in the states.  The series only just started a few weeks ago and it's pretty easy to catch onto the storyline no matter where you start.

If you can let go of historical fact and just enjoy being taken back in time I think you'll enjoy this new show.

Anyone else out there watching?  Leave a comment below~