I mentioned the other day that I didn't get much crafting done on the weekend because I was busy painting.

This was the room in question. 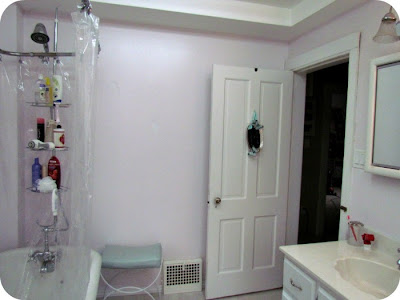 It's been patiently waiting for the rest of it's make-over for several years now. 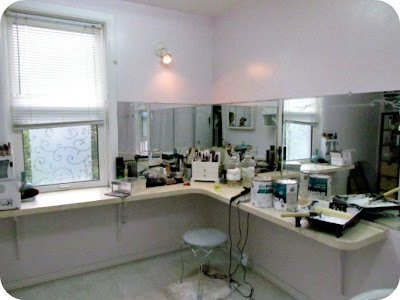 When I moved in this room had carpet!!!  Yes!  Can you believe it?!?!  Ewwwww!  That came out fast and in went the new flooring.  But after painting the rest of the house I ran out of steam when I got here. 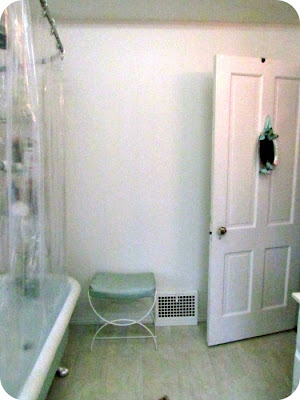 I know, I know, what's the difference right?  To the untrained eye it looks pretty much the same.  But when you've been living with a lilac mauve washroom for 5 years, going white makes a big difference. 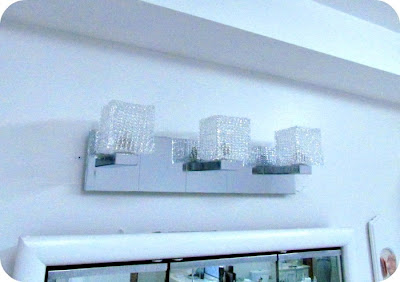 I also took out the 1990's light fixtures and replaced them with the set above and two singles in the 'beauty' area.  I bought the fixtures several years ago and they've been sitting in their boxes in my closet ever since.  It feels very good to finally have them up on the wall where they belong.

I changed out the shelving in this weird little alcove that I hope to someday (when I win the lottery) to make a little bigger and make into a tiled glassed in shower.  I've got big dreams I tell ya~ 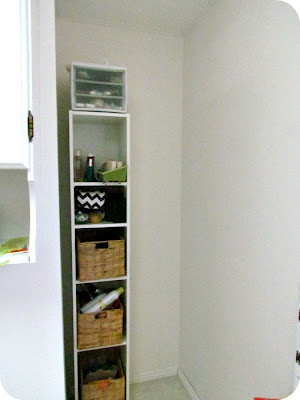 My washroom is on the rather large size.  The house is over 100 years old so it's a pretty safe bet that this was once a bedroom (or two).

Everyone who comes over falls in love with my claw foot bath tub but see that hoop shower curtain rod up top?  Well, that's my arch nemesis.

It doesn't look so bad from this angle. 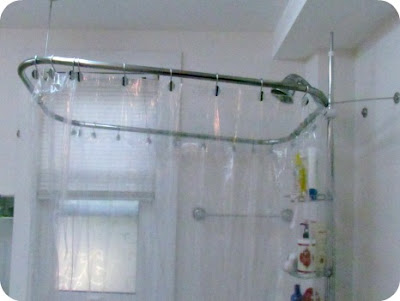 But during the course of painting I figured I could straighten it out and actually fix the part that was falling out of the wall. 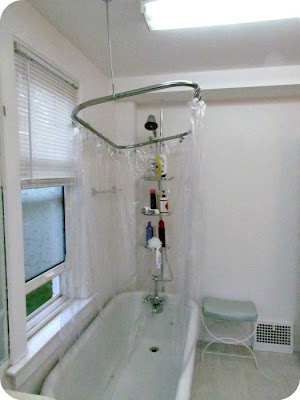 Argh!  Bad idea!  I should've left well enough alone.  For now the shower rod has won, but I have big plans to replace it altogether, so we'll see who's laughing soon my friend!

Anyway, that's a tour of my washroom, or as people say in other countries, bathroom or wc.  What do you call this private space in your home?  Do you have big dreams for your space or are you happy with what you've got?  Leave a comment below~

Email ThisBlogThis!Share to TwitterShare to FacebookShare to Pinterest
Labels: decor