On Tuesday I told you about the phone call I received from my friend.  She needed someone to accompany her to a concert that night because she had won free tickets.

I couldn't turn her down because I knew how desperately she wanted to go, but I also knew I really had nothing to wear.  Just before she had called I had tried on some pants from last summer and they seem to have somehow shrunk while in storage.  In fact, all of my pants have shrunk!  I have no idea what's going on.  (Actually, I know exactly what's going on and joined a gym this week.)

So again, as luck would have it, I just happened to have a pair of new leggings to try out from SammyDress. Even though they're leggings I have to admit, I was pretty nervous they wouldn't fit either because they're one size fits all.


Luckily they fit just fine.  I'm actually not anywhere near cool enough to pull of leather look leggings but these ones have fabric inserts so I thought I might be able to get away with it.

Last month I tried out a neat short wig so this month I thought I'd try one that would give me the hair I've wanted for my whole entire life but could never grow myself.


I think I need to shape the bangs just a bit and maybe sew in a comb or two on the inside so I know it will stay in place, but other than that, I think it looks kind of cute. 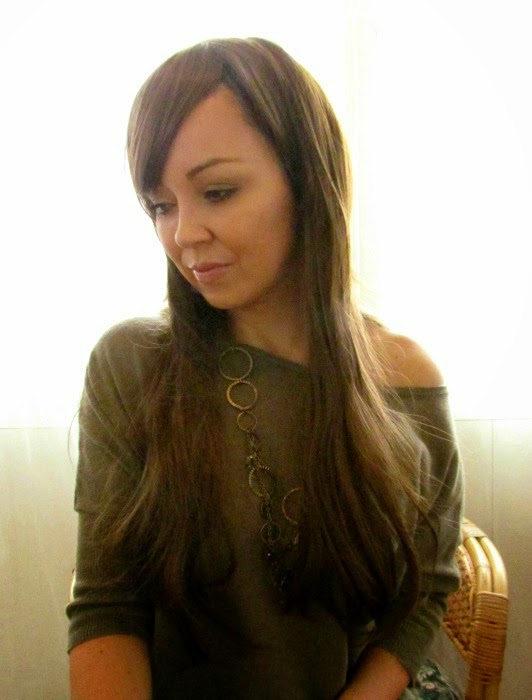 I love playing with wigs and hair pieces.  They're such a fast an easy way to change up your look with no commitment. (Ah! Commitment!  The scariest thing in the world to me.)

Check out Sammydress.com for more fun and inexpensive fashion items and hairpieces.

*This post is sponsored by Sammydress.com however no compensation was received other than the products shown and all opinions are my own.