Everyone knows that the two biggest New Year's Resolutions are usually to get organized or to exercise, and I'll do just about anything to avoid exercising...so I'm organizing!

I have a nice big closet that I keep most of my crafting supplies in (this does not include my sewing supplies, that would have to be one massive closet).

I had shoved a big old hand me down armoire in there and packed it up FULL of supplies.  I used bins from another thing I had and then whatever other boxes and and small organizing tools I had on hand to try to keep things in order. 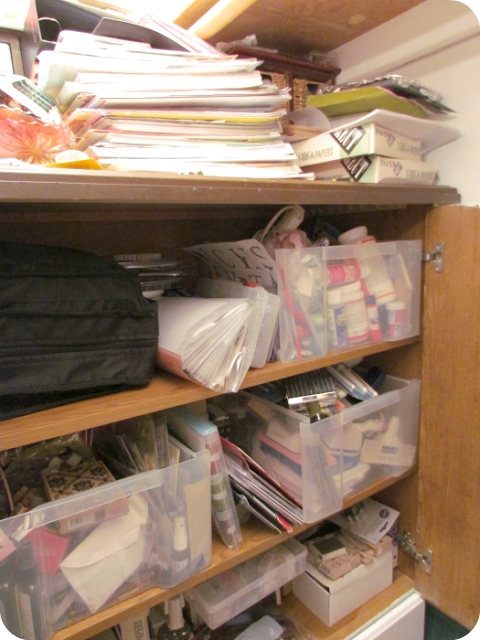 And it was always relatively orderly.  The big pain in the butt was that the doors made it very awkward to move around in there. 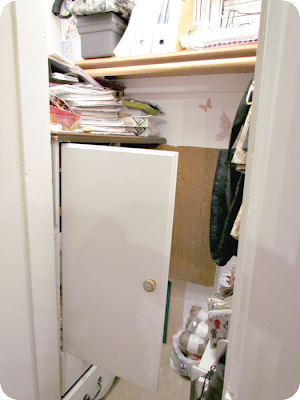 So, I found some cubbies on sale at a liquidation store and bought two sets! 1 has 6 cubbies and the other one has 9.  I thought that surely to goodness I should be able to fit all of my stuff into 15 cubbies! 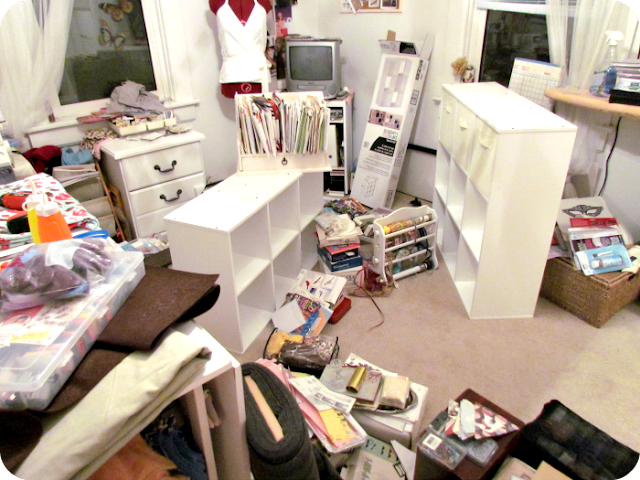 The photo above was mid chaos.  I had to take everything out of the armoire to get it out of the closet so that I could put the new shelving into the closet.  This was about the point when I decided that I'm not allowed to purchase any new crafting supplies for awhile~ 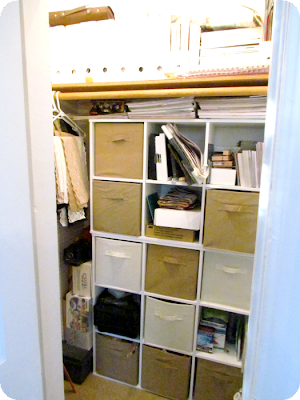 The choir of angels sing! Ahhhh!  So much better!

I will admit that I still have some work to do.  Some drawers look like this:

And I do have to make labels because I'm having a hard time remembering what's in each bin.  But it will all come together soon enough...and it's not even 2014 yet!


So which one are you doing this year?  Organizing or exercising?  Leave a comment below~

I'm organizing!! And like you, I too got a head start..Now I just have to get the tree down and rearrange the Bonus/Studio. (We added a ping pong table where my sewing table use to be)...YIKES!!!
Denise