A great BIG huge thank you to Gertie over at Gertie's New Blog for Better Sewing!   Last week she told all of her readers about a great new show airing on BBC right now and I'm completely addicted after watching only half an episode! 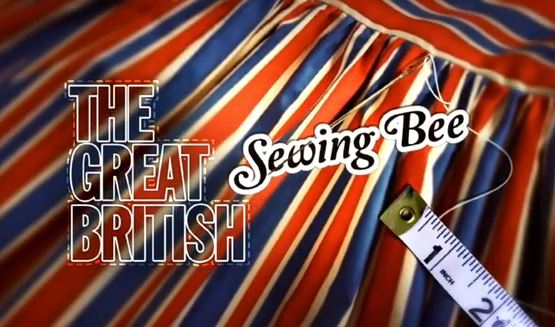 8 home sewers compete to win the title of the Britain's best home sewer.  Some of them have decades of experience and some only started sewing a few years ago.

It's the funnest, least catty, and most educational reality show that I think I've ever seen.

Participants are judged by Mary Martin, "the best sewing teacher in the world", and Patrick Grant from Savile Row. 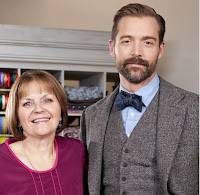 There are only 4 episodes (boohoo) but each episode is jampacked with sewing and great tips as well as one easy to make project with instructions for viewers.

This show will appeal to sewers of all levels of experience...including all of you out there who keep telling me that you've been thinking about taking up sewing but are feeling intimidated.

Would you compete on a reality show?  What kind of show do you think you could win?  I'm pretty sure there's now way I could beat out Ann on The Great British Sewing Bee but I think I could do pretty well on the Amazing Race.  What about you?  Leave a comment below~

Email ThisBlogThis!Share to TwitterShare to FacebookShare to Pinterest
Labels: Sewing