I was playing around with word clouds online last week and had a sudden lightening bolt strike me with an idea for some awesome art for my niece and nephew. 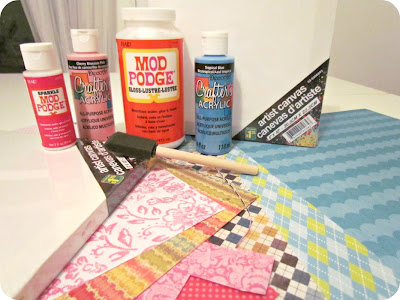 Preparation Step:
Write down as many positive adjectives as you can that describe the person you're making this for.  Use an online thesaurus if you need some help.

Steps:
1) Paint your canvas to create a background colour. 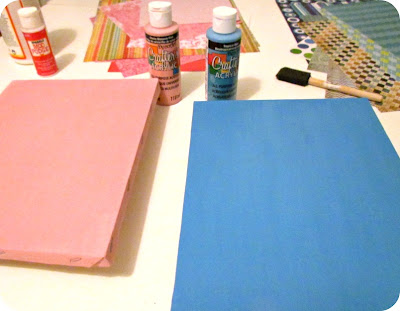 Don't forget the sides!  I set some spools of thread under the canvases while they dried so that I wouldn't get paint on my table. 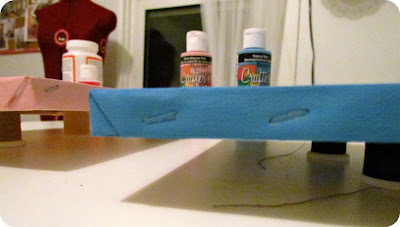 2) After a couple of coats of paint have dried, trace the outline of a large letter onto your canvas.  I'm using the first letter of each of the kids names. 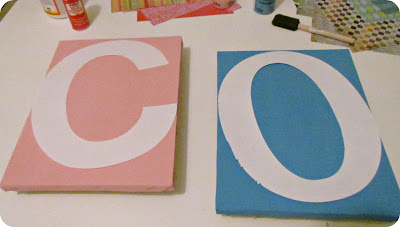 3) Using an electronic cutter, cut out your list of words, using different fonts, sizes, and papers for each word.

4) Paint a layer of Mod Podge onto your canvas within the lines of your letter and start gluing down your words randomly.  Don't put too much thought into it or it will start looking overworked.  That's exactly what I was doing before I glued it all down.  Then I just took it all off, slapped on some glue, and went for it. 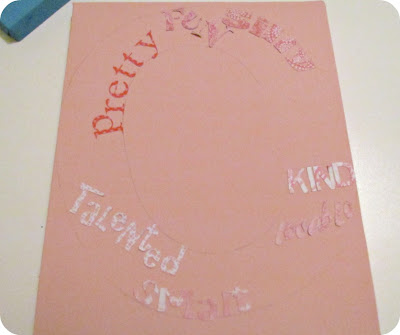 5) Seal it with another layer of Mod Podge.  I also added a last layer of my favourite Mod Podge...Mod Podge sparkle~ 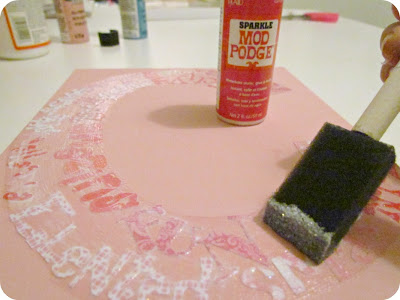 And tah dah!  Hang it up in your kids room where they'll read it everyday so that they're reminded just how great they are! 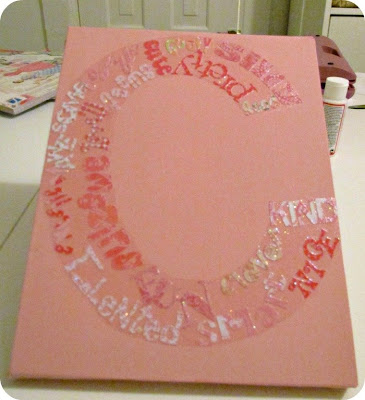 I'm still working on the blue one.  Make sure to come back on the weekend to see how it turns out! 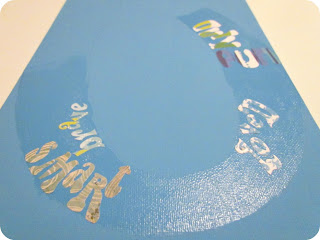 I read a lot of "self-help" books and am very into affirmations, especially for kids.  It's never too early to start teaching them to believe in themselves.  This is sort of a subtle way of doing that~ 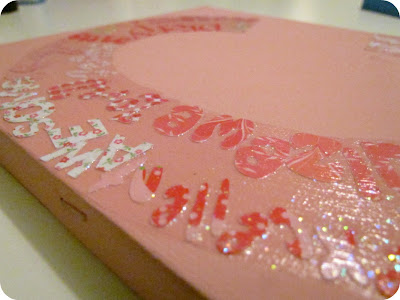 These were a test to see how well this idea would work because I have something else in mind...but much BIGGER!  I'll let you know when I get going on it~ 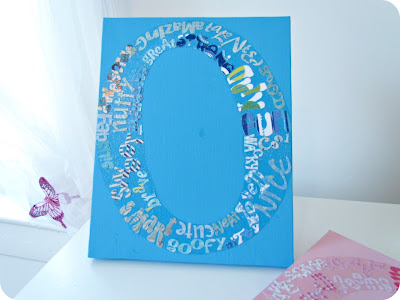 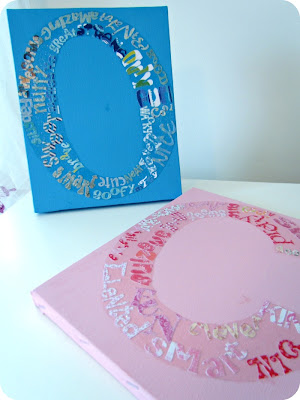 I agree, kids can never hear to many nice things. Your niece and nephew are lucky to have you! Thanks for sharing this cute idea.

So thoughtful! Love this idea. Thanks,

This is such a cute idea. I love those word clouds and it's neat for the kids to see what words you would pick to describe them.

What an amazing idea...Thank you for the visit!

Such a great idea! I bet your niece and nephew will love their art, and be happy with the words you chose :)

What a beatiful idea Tamara! They look absolutely gorgeous!


Thanks for linking to a Round Tuit!
Hope you have a fabulous week!
Jill @ Creating my way to Success
http://www.jembellish.blogspot.com/