Tell a Tale: The Philosopher's Kiss

“Anything we do to fight misery and ignorance and poverty,
no matter how imperfect it may be,
is still better than doing nothing at all.”
― Peter Prange, The Philosopher's Kiss 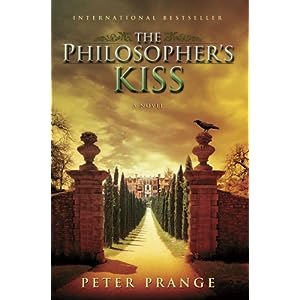 Summary (from Goodreads):
Paris, 1747. Betrayed by God and humanity, Sophie moves to the seething capital of the kingdom. To survive, she works at Café Procope, the meeting place for freethinkers and revolutionaries.

Against her will she falls deeply in love with one of the regular customers: Denis Diderot, the famed philosopher and a married man. He and his colleagues are planning the most dangerous book in the world since the appearance of the Bible: an encyclopedia. Even more explosive are the covert references in the Encyclopedia that threaten to undermine both the monarchy and the church. But Sophie soon realizes that the stakes are even higher for her personally. At risk are her right to freedom, love, and happiness.

Review:
With a backdrop like Paris and Versailles, along with the royal court and the controversy of the Encyclopedia, I had pretty high hopes for this book. I ended up having to push myself to finish the last third of it though. Sophie seemed like an unrealistic character, Diderot seemed like a self-obsessed ego maniac, and I didn't really understand Sartine's hang ups about his marriage. It was OK, but I think the author missed many opportunities to draw from the fascinating lives of real historical figures, both literary and royalty, who were involved in the birth of the first Encyclopedia. Unfortunately this was just so-so for me.

When I told someone that I was reading a book about the first encyclopedia ever written they looked at me like I was crazy...and the dullest person on the planet.  It is interesting though that there was a time when knowledge was dangerous and even forbidden for particular people in society, and that's just basic knowledge about how things work.  Of course, philosophical ideas and questioning of authority such as kings and gods has always been forbidden (even in today's world).

The main storyline of this book is quite fascinating.  It's just the characters that I found trying.  So, if you're willing to look past that you just might get caught up in the idea that there are people who will risk all for their passion to share knowledge. 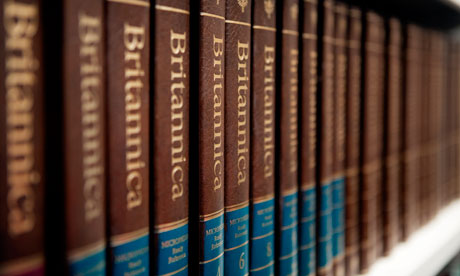 Almost every family had a set of encyclopedias in their home at one time.  Do you remember using yours?  Do you still have it?  Share your thoughts below~